Film festivals on the horizon! 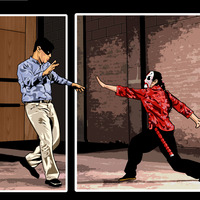 Cherry on Top with The Second City Network is going to SXSW Film Festival.  Congrats to writer Charity L. Miller, director Mike Damanskis and all the cast & crew!

The Trainee web series is really taking off!  Created by Mauro Flores, Jr. and directed by Miguel Alvarez, season one is going to the Rose Marine Latino Film Festival in Fort Worth, TX and is now featured on Mingle Media TV.

Comments Off on Film festivals on the horizon!